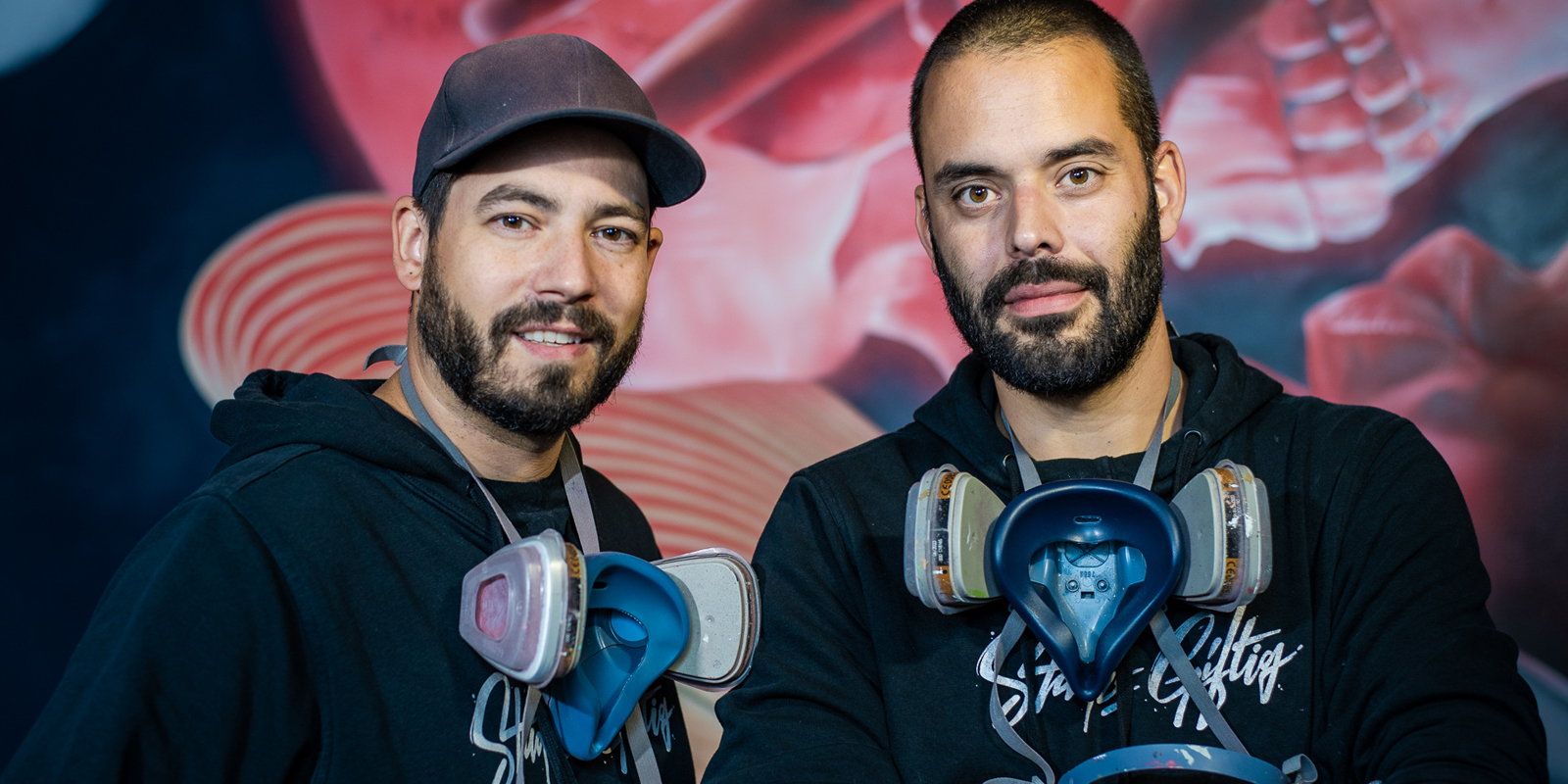 “Studio Giftig creates murals on the highest level with top quality. They speak their own visual language. Expect a well motivated concept with their distinctive photo realistic style.”

Studio Giftig consisting of the Netherlands-based artist duo Niels van Swaemen (1981, Eindhoven) and Kaspar van Leek (1983, Philipsburg St. Maarten). They come into contact with each other in 2007, at which time both individuals have been active in street art for some time. From 2007 the first cooperation projects are picked up and a vacant warehouse serves as base for their studio. Within this warehouse there was a storage room for toxic substances and chemicals, in this storage room they kept their paint and spray cans. The name Studio Giftig refers to this storage room because giftig is the Dutch translation of Toxic.

At the start of the collaboration in 2007, one was still studying at the art academy and the other was working as a graphic designer. Therefore, they worked on their projects in the evenings and during the weekends. Because of the great interest there was not enough time to be able to pick up all the projects and in 2012 the duo decided to fully devote themselves to murals. In the following years the duo developed a common painting style, with which they became known through their highly detailed (sur)realistic murals.

The characteristic own visual language of Studio Giftig has in addition to the quality of the paintings as a typical element, that all images are autonomously designed. Recognizable by the process in which they work is the way in which they translate their own personal concepts by photographing the objects and models themselves. That’s how they ensure a total autonomy within their visual language as a starting point for their paintings. Currently, Studio Giftig has managed to develop their own visual language within urban art with which they perform their autonomous work independently as wel as for galleries and prominent clients.

“Studio Giftig creates murals on the highest level with top quality. They speak their own visual language. Expect a well-motivated concept with their distinctive photo realistic style.”

“With their special murals, the artists of Studio Giftig evoke the same stimulating form of alienation as the work of Damien Hirst. It is precisely the combination of “classic” iconography and contemporary images that give a pleasant estranging effect.”